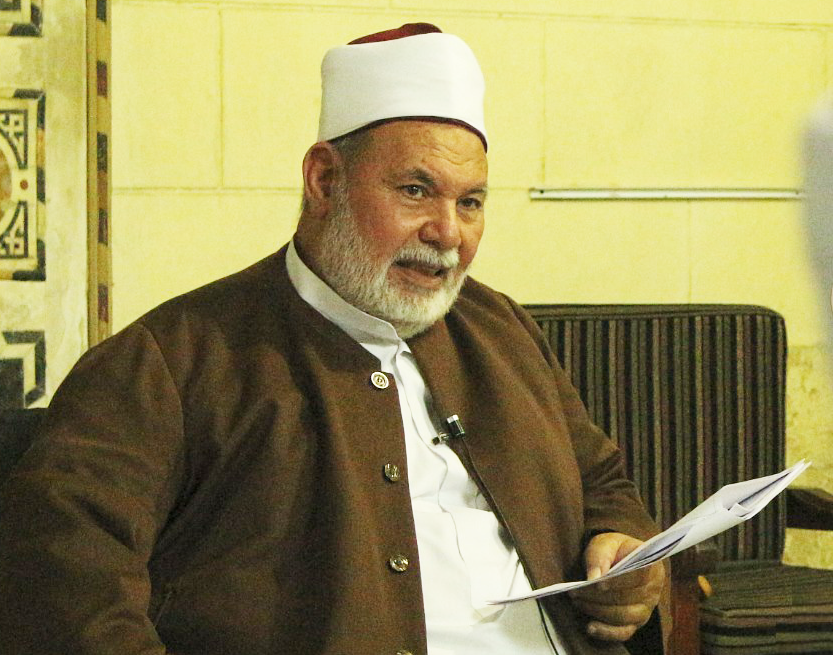 A man of his time and a pioneer of Islamic thought, my father Dr. Taha Jabir Al-Alwani lived his life serving humanity.

Before departing this world on March 4, 2016, my father wrote the piece “I Am Muslim.” It is essentially a mission statement for Muslims around the world — a message to uphold the true, untainted values of Islam.

END_OF_DOCUMENT_TOKEN_TO_BE_REPLACED

The essence of the Islamic paradigm is grounded in the concept of tawhid, the Oneness and Uniqueness of God. The coherence of the central belief system in Islam is based on the relationship between the act of submission (to God) and its consequences in a state of peace. At the core of this relationship is the concept of tawhid (oneness of God), by virtue of which submission is transformed into a dynamic and ongoing act. That is the meaning of ‘ibada (devotion or worship[1]).

END_OF_DOCUMENT_TOKEN_TO_BE_REPLACED

The Mosque in Morgantown brings to the forefront critical issues regarding the identity of the American Muslim community, the position of women in the mosque and the authority to interpret religious texts. This essay specifically addresses the question of Qur’anic interpretation, which is at the heart of any juristic interpretation. Some of the questions brought forth in the documentary are ones that have been debated among scholars throughout Islamic history. Other questions, however, are a product of the unique circumstances that face the Muslim American community in the twenty-first century. This essay explores the following: Who possesses the authority to interpret the Qur’an? What are the limits of Qur’anic interpretation? If the Qur’an is universal, then how do its interpretations continue to be relevant for every age and society? When there is a multiplicity of interpretations, how do we determine which interpretation best reflects God’s intention?

END_OF_DOCUMENT_TOKEN_TO_BE_REPLACED

Most Muslim Women through history realized and appreciated their role in society. They understood the essence of the Islamic paradigm, the concept of tawhid, the Oneness of God. They believed strongly that God created human beings (men and women) to worship and serve Him as khalifahs, vicegerents of God.

END_OF_DOCUMENT_TOKEN_TO_BE_REPLACED

New Delhi: Muslim women are faced with a number of difficult choices in a fast globalizing world as they have to make their personal and public decisions in the light of “the Islamic paradigm,” said Dr Zainab Alwani while delivering her lecture at the Institute of Objective Studies auditorium in New Delhi yesterday. Dr. Alwani is program director Arabic Language Studies, North Virginia Community College, USA.

END_OF_DOCUMENT_TOKEN_TO_BE_REPLACED

Islam, as the final message from God to humankind, came to light in a brutal and cruel environment. Violence was a common practice in Arabia and practically around the world at that time. The weak and needy, orphans and widows, and slaves and servants had no defined rights in such a world. Islam came to establish justice and mercy in the heart of a cruel world. Any oppressive behavior that violates justice, mercy, equality and freedom was prohibited in Islam. Consequently, most of the first followers of Islam were among the poor, the slaves, and the women. Shortly, a justly balanced community evolved; enjoining what is right and forbidding what is wrong.